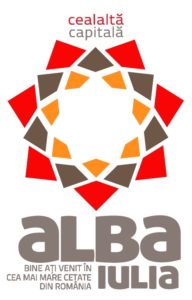 The City Hall of Alba Iulia Municipality is a very dynamic administration open to investors, while the city holds a real potential for economic and tourism development in constant expansion. Alba Iulia Municipality has a population of 74 000 inhabitants and is situated in the Centre part of Romania, being the capital of Alba County (Romania has only county capitals and not regional capitals). The communitarian development along with the creation of conditions for economic and social progress for the whole community is one of the main objectives of the Alba Iulia Municipality. Alba Iulia, The Other Capital, bears a heavy name in the history of Romania due to the important historic event which have left their mark on the city.

Alba Iulia is a city of national importance and it was nominated in 2012 as a European Destination of Excellence, by the EDEN program administered by the European Commission (http://vimeo.com/80578477). The City Hall of Alba Iulia Municipality has benefited during the period of the past few years from the financial support of the European Union and has implemented European projects with a total value of more than 200 million Euros, while being the most important investor in the city during the last five years.

Our tools are the exchange of good practices’ examples and the know-how transfer coming from more developed partners with the relevant
expertise and information exchanges (https://www.facebook.com/primariaalbaiulia, http://turism.apulum.ro/).