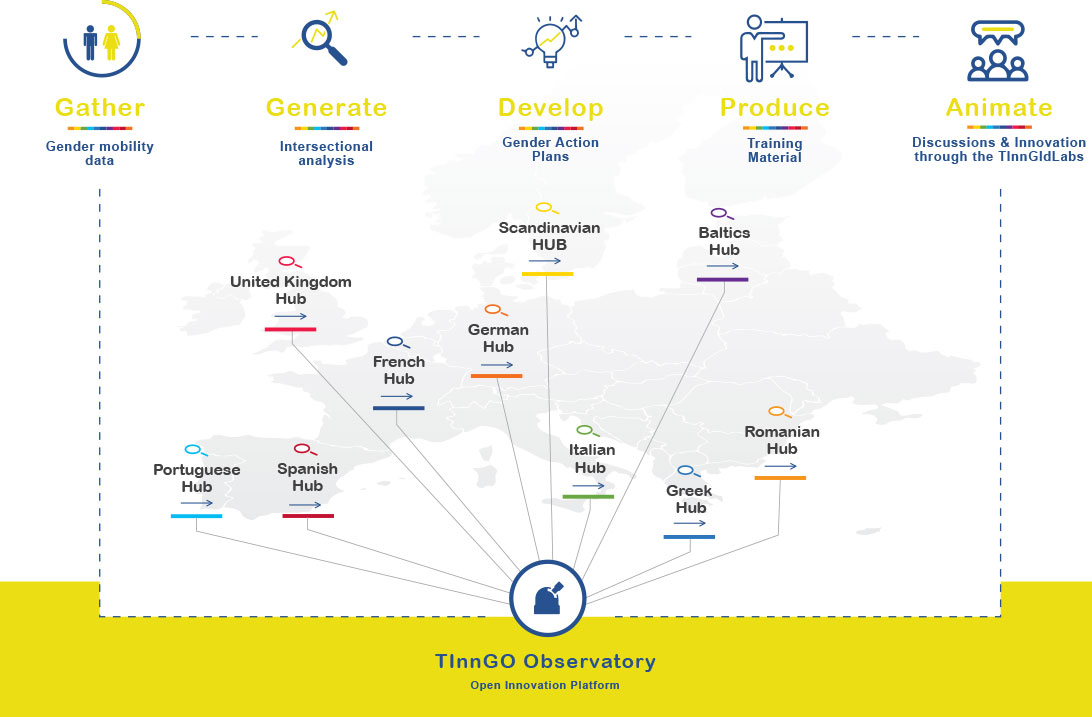 The geographic coverage of the TInnGO project is pan-European and in this context, a network of 10 national hubs has been established.  The TInnGO Observatory coordinates and leads the Scandinavian, the UK, the Spanish, the Portuguese, the Italian, the Greek, the French, the German, the Romanian, and the Baltics Hubs.

The operation of the Hubs is structured around the four following phases: